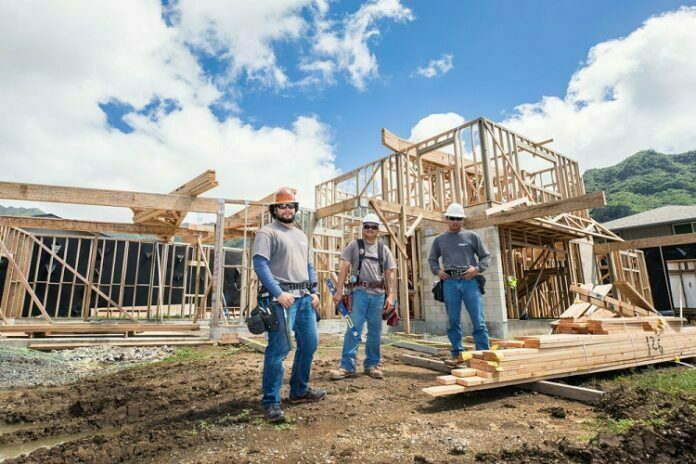 You will come across only a few construction companies in Hawaii that have managed to reach the same pinnacle of success as that of Nan Inc. in a short period of time. Having its headquarters located in Honolulu, Hawaii, the company had very humble beginnings and was founded rather single-handedly by a man named Patrick Shin. A quick look will tell you that he was born Nan Chul Shin in South Korea and changed his name when he moved to the US. He founded the company back in 1990, so it has only been working in the industry for three decades.

In the world of construction, this is considered very young, especially when you see that they have taken on more than 3,000 projects during this time and have done a remarkable job with each one. Whether it is pre-construction, general construction, design-build or construction management, Nan Inc. has done a superior job in every area. Due to its commitment to excellence, the company was gradually able to climb the success ladder in the construction industry and is now on the list of the top ten firms operating in the state. All of this couldn’t have happened if Patrick Shin had given up.

He started his company with just one employee by his side and like every other business, there were a lot of hurdles that had to be overcome. Nan Inc. also struggled in the initial years, as they couldn’t get many projects. As a matter of fact, their first task was to install a road sign. But, Patrick Shin stayed motivated and was adamant to become a top name in the field of construction. Thanks to his unrelenting efforts, Nan Inc. has become a construction behemoth today and its workforce now comprises of almost 600 people, where they had only one in the beginning.

The team at Nan Inc. is capable and experienced and thanks to considerable resources, they are capable of handling multiple projects simultaneously. Their technical expertise and advanced construction knowledge has played a monumental role in helping others realize their dream. Nan Inc. has handled a number of projects and developments in Hawaii over the years that have contributed to the state’s future. They have worked in different industries and also been awarded various government projects. The official blog by Nan Inc. owner can shed some more light on all they have done and continue to do.

Things To Think About When Decorating Your Home With Fabric Sofa

Kean Nesbit - May 17, 2022 0
The ultimate decision of whether to buy or hire is quite difficult, doesn’t matter if you are a business owner or a simple DIY...

Home Security Tips to Make Sure Your Pets and Children Stay...

Things To Think About When Decorating Your Home With Fabric Sofa

Kean Nesbit - May 13, 2022 0
Are you searching for a great way to make the living room more attractive and stylish? One of the best methods is using the...

Hot Water Extraction: The Best Carpet Cleaning There Is

Kean Nesbit - May 12, 2022 0
Vacuum is the most important part of cleaning the house. but finding the best vacuum for cleaning is a little difficult but don't worry!...

Things To Know About The Flat Pack Assembly

Tips to take care of your tarmac driveway

Roof Repair Is Something That Shouldn’t Wait

The Importance of a Boiler Service

Who Can Help You with Your Roof?

The Importance Of Correct Waste Disposal